Weekend and after-hours appointments available on request and in emergencies.

We know certain mental health concerns can make it difficult to meet with a specialist in-person. Whether this is the case or you are unable to travel to our office, Dr. Bober can evaluate you during a virtual consultation. 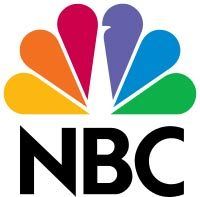 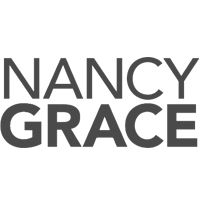 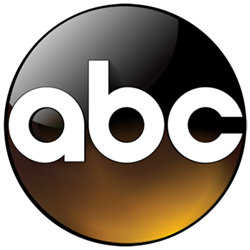 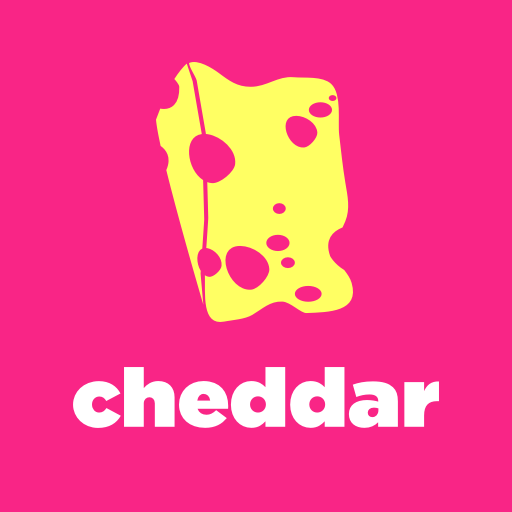 “Be nicer than necessary to everyone you meet. Everyone is fighting some kind of battle.” Socrates

Working to Erase the Stigma of Mental Illness & Addiction

Dr. Daniel Bober is a psychiatrist dedicated to serving the best interests of his patients and is personally invested in helping you overcome the hurdles that stand between you and achieving your goals. It is unfortunate that our modern society views addiction and mental illness as a weakness in those who suffer from these serious disorders. From his psychiatry practice in Hollywood, FL, Dr. Bober strives to educate the public about the stigma associated with substance abuse and mental disorders while offering effective treatments to those afflicted.

"Psychiatry is the ultimate voyage into the mind and everyone's hopes, dreams, and fears. It is a privilege to join my patients in their quest to lead a happy, effective, and fulfilling life." Daniel Bober, D.O.

Devoted to Improving Your Life

Dr. Bober understands that each patient is affected by disorders and addiction differently. As your psychiatrist, he will work closely with you and other medical professionals in the Hollywood, FL, area as needed to develop the best treatment plan for your condition. While he believes in conventional treatment, he is not opposed to alternative therapies if they are best suited to your needs. Dr. Bober is committed to finding a long-term solution for the mental disorders and addictions affecting his patient's lives. He also offers weight loss treatment, which can incorporate treatment for concurrent psychological issues or addictions.

Learn How Dr. Bober Can Help Schedule a Consultation Today

If you or a loved one living in the greater Hollywood, FL, area are struggling with the adverse effects of substance abuse or psychiatric issues, Dr. Bober can provide comprehensive psychotherapy treatment. His diverse experience in treating a range of addictions as well as behavioral and mental disorders allows Dr. Bober to fine-tune treatments to meet the specific needs of each patient. Whether you are tired of fighting your addictions or you are ready to make a positive change regarding your mental health, Dr. Bober can help.

Consultations can be scheduled to take place in person at the psychiatry office of Dr. Daniel Bober, D.O. in Hollywood, FL, or through an online video conference. To book your consultation, please contact us today at

Dr. Daniel Bober began his formal education at Florida Atlantic University, where he earned his Bachelor of Arts in Psychology. After graduating from medical school at Michigan State University, he completed his General Psychiatry Residency at the prestigious Yale New Haven Hospital.

Dr. Bober went on to complete two fellowships, one in Child and Adolescent Psychiatry at the Yale Child Study Center, and one in Forensic Psychiatry at the University of Massachusetts Medical School. His advanced education has allowed him to train and study with national leaders in psychiatry.

Dr. Bober has become an authority in his field who has served as a mental health policy fellow in the U.S. Senate from 2007 to 2008. He is currently the Chief of the Department of Psychiatry at Memorial Regional Healthcare System. He is also an Assistant Clinical Professor at Yale Child Study Center and Medical Director of Jewish Adoption and Foster Care Options (JAFCO).

In addition to treating patients at his Hollywood, FL, practice, Dr. Bober is often sought after by various media outlets to provide his professional opinion on social issues, current events, and more.

Dr. Bober holds board certifications from the American Board of Psychiatry and Neurology in:

Dr. Bober is affiliated with prestigious organizations, including: 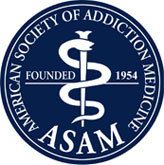 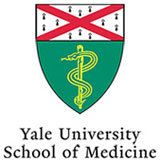 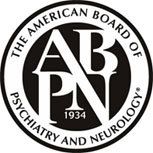 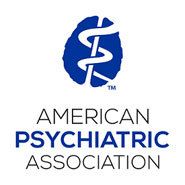 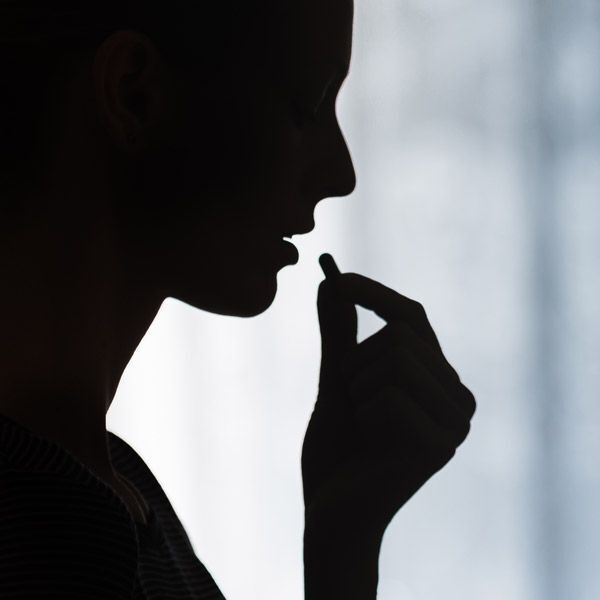 The opioid crisis stems from the 1990s when pharmaceutical companies producing opioid pain relievers assured healthcare providers that patients would not become addicted to their prescription medications. We are now facing a public health emergency. An estimated two million people in the U.S.[1] live with an opioid use disorder. Dr. Bober in Hollywood can help patients overcome opioid dependency using a combination of medication, counseling, and behavioral therapy. 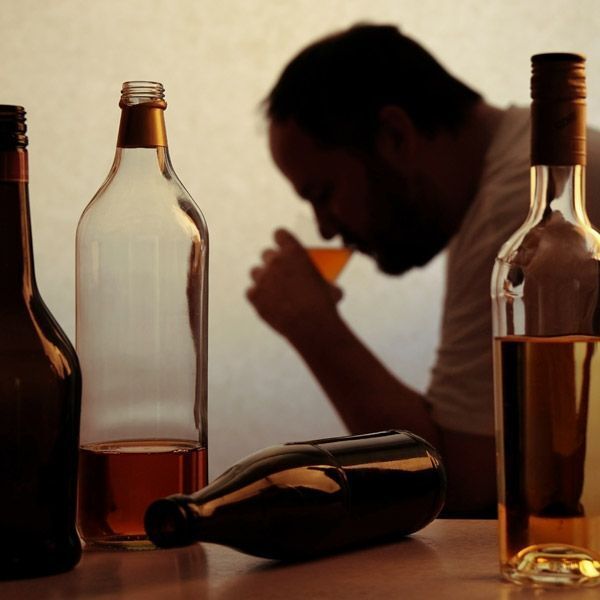 The 2019 National Survey on Drug Use and Health revealed that 54.9 percent of adults reported drinking in the past month.[2] Nearly 26 percent of them reported that they engaged in binge drinking and 6.3 percent reported heavy alcohol use during that time. Alcohol Use Disorder (AUD) affects 14.1 million adults in the U.S., and with alcohol-related deaths being the third leading preventable cause of death, the impact of alcohol abuse on both individuals and families is devastating. Dr. Bober in Hollywood helps those suffering from AUD overcome their dependency using proven techniques. 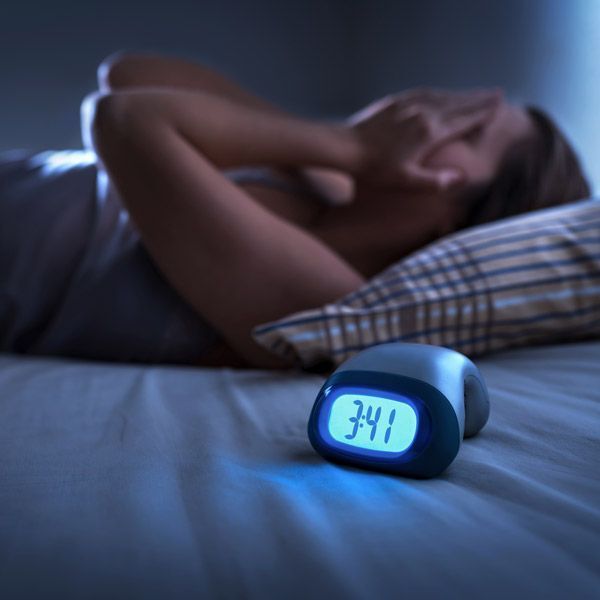 A lack of quality sleep does more than leave you fatigued - it can also put you at a higher risk of serious health conditions such as heart disease and diabetes.[3] There are two types of insomnia: acute and chronic. Acute insomnia is generally triggered by a stressful event and can resolve itself without treatment. Chronic insomnia persists for three months or more and can be caused by a host of issues. Both types of insomnia can be treated with a combination of medication and psychotherapy focused on cognitive-behavioral strategies. 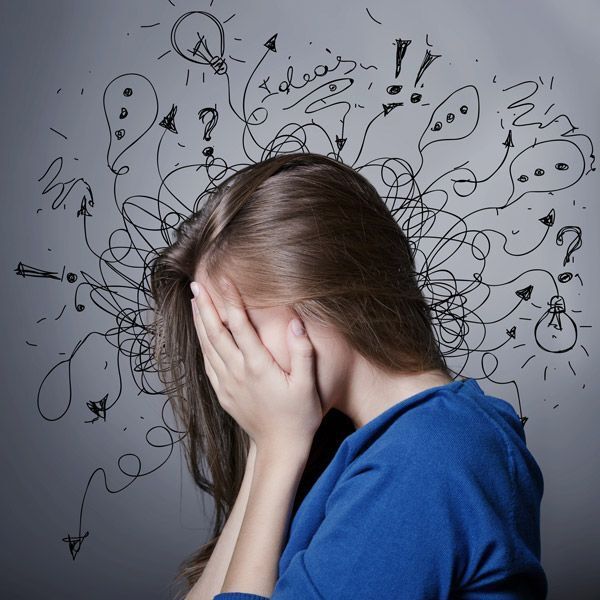 Attention-Deficit Hyperactivity Disorder (ADHD) affects both adults and children. In fact, it affects an estimated four to 12 percent of school-aged children worldwide.[4] If left untreated, the symptoms and impairment of ADHD can carry through to adulthood. The condition is associated with disruptive behavioral disorders, mood swings, anxiety, and substance abuse. An effective diagnosis takes into consideration all aspects of an individual's life. Dr. Bober 's Hollywood, FL, psychiatry practice can help those living with ADHD through a combination of psychotherapy and medication. 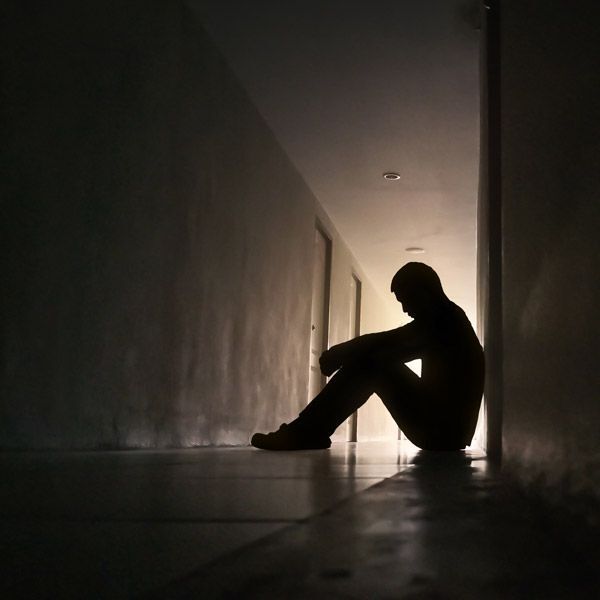 Depression is a common and serious medical condition. Symptoms generally include a feeling of emptiness, decreased energy, and changes in appetite.[5] Depression can have a significant impact on your daily life by affecting the way you think, feel, go about your daily activities, sleep, eat, and work. Forms of depression include persistent depressive disorder (dysthymia), postpartum depression, psychotic depression, seasonal affective disorder, and bipolar disorder. Dr. Bober in Hollywood, FL, can diagnose and provide effective treatment methods for depression.

You Are Not Alone

If you are coping with addiction or mental health issues, you may feel like you are alone in your struggle, but there is help. Dr. Daniel Bober has provided patients of all ages with effective treatments that have allowed them to overcome these challenges and lead healthier, more fulfilling lives. To better accommodate you, consultations can be scheduled to take place in person or virtually. If you or a loved one are ready to start making positive changes, contact Dr. Bober's Hollywood, FL, practice today at:

You Can Feel Better

I’ve been seeing Dr. Bober for a few years now. Great doctor, very knowledgeable, and willing to do whatever it takes to make you feel better. Him and his staff genuinely care. Michael Ryan - 5 Star Google Review 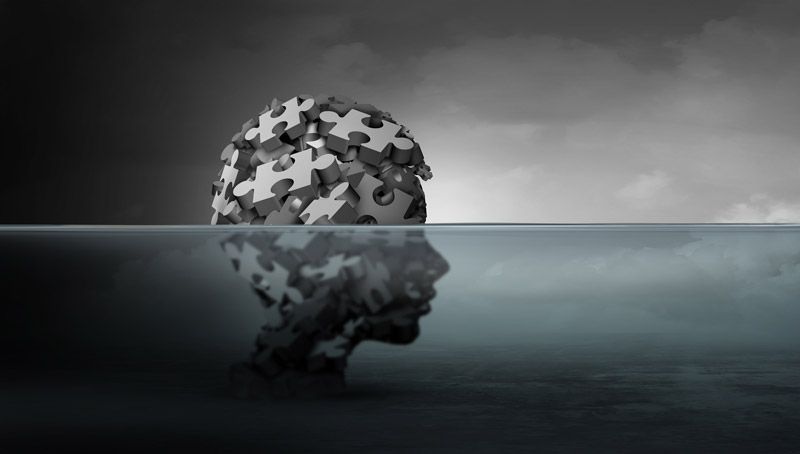 Dealing with a mental illness or an addiction is difficult enough when they occur alone, but in many cases, they co-occur. This is commonly referred to as comorbidity, and can exacerbate the severity of both the addiction and the mental illness. Patients who have had unsuccessful treatments for addictions and substance use disorders in the past may not realize that a mental health disorder is playing a role in their struggles. Even if they are aware of a behavioral or mental health issue, they may have been denied assistance for their condition until after completing a successful recovery treatment. This can lead to a cycle in which the patient is unable to achieve their goal of an effective recovery.

Dr. Bober in Hollywood, FL, can provide a progressive dual diagnosis treatment designed to treat mental health conditions and substance use disorders concurrently. By scheduling a consultation, you and Dr. Bober can begin working together to identify the scope of your needs and determine the best approach to helping you achieve long-term improvements.

Dr. Bober is an absolutely AMAZING DOCTOR. Not only does he genuinely care about your health, he's very knowledgeable and very UP-TO-DATE with all the latest treatments. He truly cares and ALWAYS makes time for you when you need it... Gary S. Becker - 5 Star Google Review 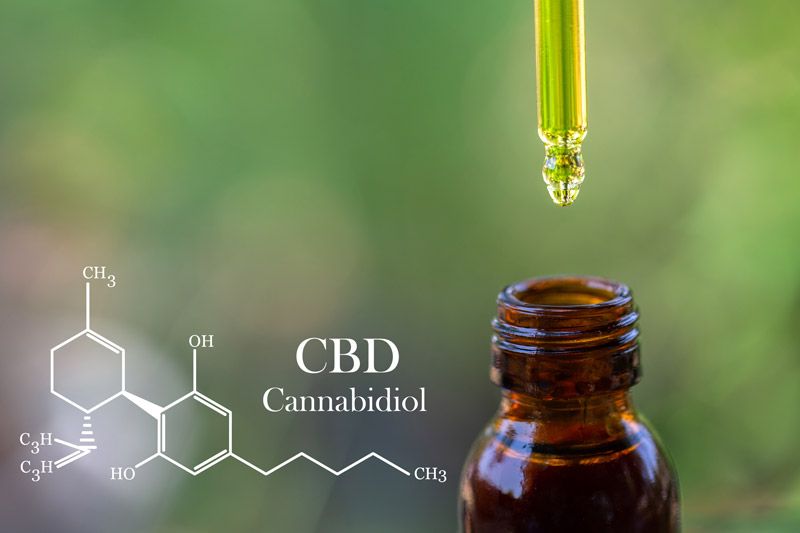 Patients living with mental health conditions such as depression and anxiety disorder may have a difficult time finding a medication that provides beneficial results without detrimental side effects. Cannabidiol (CBD) is now available as a natural and potentially effective alternative to traditional medications. Derived from either hemp or marijuana, some studies have shown CBD to be effective in reducing anxiety and depression[6].

CBD does not cause euphoria or intoxication. For those who may be concerned about developing marijuana addiction from CBD, the World Health Organization found that there were no effects to indicate abuse or dependence potential, including withdrawal symptoms[6]. Dr. Bober is a board-certified psychiatrist who can prescribe CBD as part of an anxiety disorder or depression treatment plan at his Hollywood, FL, practice.

Although it is possible to purchase and use CBD without a prescription, some negative effects may present when CBD is combined with certain medications, so CBD treatment should be monitored by a professional. Dr. Bober will only recommend the use of CBD if he believes it can be beneficial to a patient. He believes in the power of patient education, and will take time to answer all of your questions about this and any other solution he feels can help you achieve the improvements you want.

What Is the Difference  Between a Psychiatrist and Psychologist?

Dr. Daniel Bober is a doctor of osteopathic medicine, which means he is a psychiatrist. Dr. Bober invites you to take a closer look at the differences between a psychologist and a psychologist: 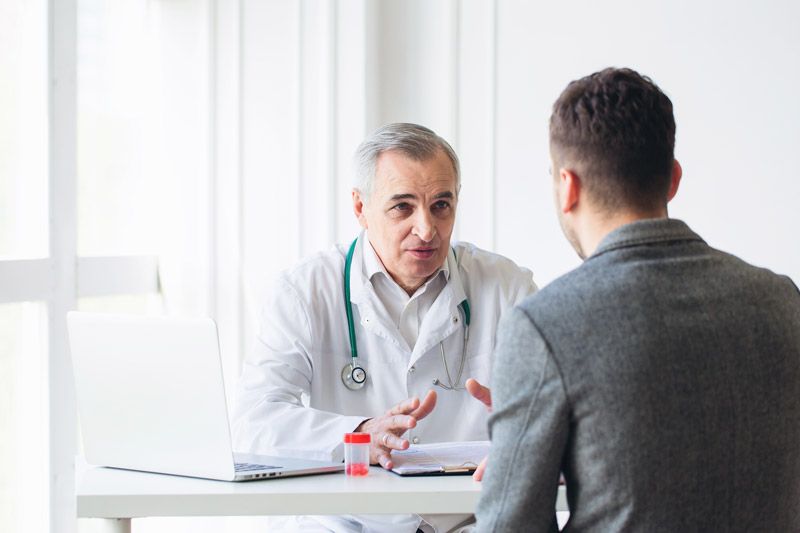 A psychiatrist is a medical doctor who receives the same fundamental education as any other medical doctor. After graduating medical school and becoming a licensed doctor, he or she undergoes a medical residency (usually lasting about four years) during which they learn about the diagnosis and treatment of a range of psychological conditions.

Psychiatrists clinically diagnose mental disorders. As medical doctors, psychiatrists can prescribe medications in order to manage chemical imbalances within the brain. Under a psychiatrist's care, drugs are often prescribed in combination with talk therapy. 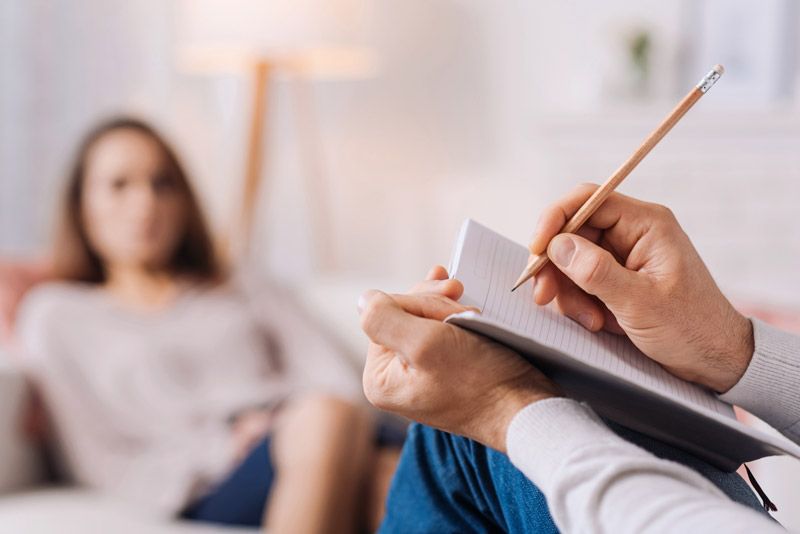 Psychology is defined as the study of the mind and behavior; psychologists are not medical doctors. To become a psychologist, one must obtain doctoral degrees such as a Doctor of Philosophy (Ph.D.) or a Doctor of Psychology (Psy.D.). Psychologists cannot prescribe medications in most states. They mainly provide talk therapy to help patients with their needs.

Dr Bober is the consummate professional.  I have the pleasure of knowing him for many years, having worked with him on a professional level.  Dr Bober, aside from being an “A list” Forensic Psychiatrist, is a go to expert, authority (in the psychiatric field) who all the network and local news stations turn to and book for their shows...  Scott Wolfson - 5 Star Google Review

1. Opioid Epidemic in the U.S. - U.S. Department of Health and Human Services